I am a late-comer to creative writing and even later to historical fiction but I have had a passion for history all my life.  In the ‘fifties I took a degree in Modern History at Wadham College, Oxford and stayed on for a further year to take a Diploma in Social Policy.  Not that I was typical Oxford material – my dad was a South London postman – but Wadham is not socially exclusive.

From Oxford I drifted into academic life, moving via a research assistantship in Cardiff to a lectureship at Birmingham  University.  I was an academic throughout the turbulent ‘sixties, including a spell in America as a Fulbright Scholar.  This resulted in a book, America Against Poverty, which alas is no longer in print, but it ‘earned’ its advance and brought me a dribble of royalties into the ‘eighties.

In 1970 I decided to practice what I taught and took a job in London in the Civil Service in what was then called the Department of Social Security.  Three years later I was in Brussels as one of the first British officials at the European Commission (see Plus ca Change).  During my time there I drafted and negotiated the first European Directive on social security, Equal Treatment for Men and Women in Social Security (EEC79/7), and launched the European Anti-Poverty Programme, which later became the Social Exclusion Programme.  This became the basis for a second  book, Europe Against Poverty, written in collaboration with two of my colleagues. 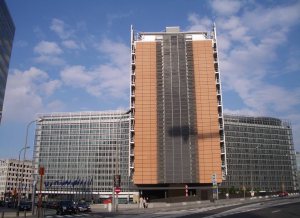 The European  Commission HQ in Brussels

Back in the Civil Service in London I had a variety of jobs, some interesting, others not.  During a particularly tedious spell I began to dream of writing my way out of the Civil Service, much as Zane Gray had written his way out of dentistry.  I joined the Society of Civil Service Authors and decided to write a novel.  My office was close to the Royal Commonwealth Society and I began to spend my lunch-hours in its Library.  It was there that I discovered Richard Hakluyt.

Hakluyt was an Elizabethan clergyman who was in love with the sea.  He set himself to write a maritime history of the English from the earliest times, which eventually became the multi-volume work, The Principal Navigations, Voyages, Traffiques and Discoveries of the English Nation.  When he started the project the English had very little maritime history and then it suddenly began  to happen all around him.  From being a chronicler he become a journalist in an age before newspapers, thinking little of riding from London to Bristol to interview sailors from a newly returned ship.  Here then was a trove of stories, mostly taken down at first hand, any one of which could be turned into an historical novel.  I resolved to write a series, retelling the best stories for a modern audience, including all the parts that Hakluyt dared not publish for reasons of politics or propriety.

The first page of Richard Hakluyt’s work The Principal Navigations, Voiages, Traffiques and Discoueries of the English Nation, Made by Sea or Overland… at Any Time Within the Compasse of these 1500 [1600] Yeeres, &c. (London: G. Bishop, R. Newberie & R. Barker, 1599). (Photo credit: Wikipedia)

I even began the first book, which I called The Frozen Dream, based on the story of the London  merchants who sent 3 ships on an expedition to cross the North Pole to open a trade route to China.  Two ships were lost in strange circumstances but the third, captained by Richard Chancellor, reached Russia.  Richard appointed himself ambassador to Tsar Ivan the Terrible, but it all ended in murder on a Scottish beach.

Then at a stroke I had everything I wanted without needing to write a book.  My Department launched a voluntary redundancy scheme.  With advances in computer technology they no longer needed so many people to run the social security system, so I collected all the pension I could ever earn, payable immediately. I had a private income and was free to do whatever I wished with the rest of my life.

My first instinct was to finish the book, but I wanted to dabble in other things as well, for variety and for the extra income, such as writing papers for more eminent people to read at conferences (I did 3 of these). To do this I advertised myself as a consultant in international social security.  Then fortune hurled another surprise.

The Berlin Wall had already fallen and Communism was collapsing across Eastern Europe and the Soviet Union.  Twenty-five countries wanted new social security schemes, wanted experts in international social security.  I had a phone call from Brussels asking me to go to Moscow to join two other consultants in advising the Russian government on social security reform.  Thus it was that I awoke one morning in a run-down flat close by Red Square, near the inn where Richard Chancellor had lodged.  It was still there, in the car park of the  Rossya Hotel.

Over the next 10 years I worked in over 30 countries.  For 7 years I wrote the annual EU report on Trends in Social Security.  I advised all the applicant states of Eastern Europe on ‘Preparation for Accession’, I went back to Russia and the Ukraine and did my longest stints in 3 small countries, Moldova, Albania and Kyrgyzstan.  It was all as exciting and uncomfortable as one would expect. 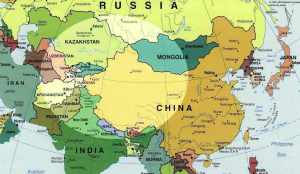 Kyrgyzstan : A little republic squeezed up against China

By the beginning of this century I had tired of excitement and discomfort and gave up travelling overseas, although I still ran a course in London for overseas pension  administrators. Instead I took up writing again and joined in the life of the Kentish village where I then lived, Shoreham near Sevenoaks. For the  60th anniversary of the end of the 2nd World War I secured a generous grant from the Local Heritage Initiative to prepare a history of the village during the war, based on oral testimonies – Hakluyt with a camera and disc recorder. The result, produced in collaboration with my colleagues in the local History Society, was Shoreham at War, which you can get from Amazon.

Meanwhile the first  chapter of The Frozen Dream won a runner up prize in the W H Smith ‘Raw Talent’ competition (and a night in the hotel opposite the Tower of London, where I was able to visit the dungeon where one of my characters was imprisoned). 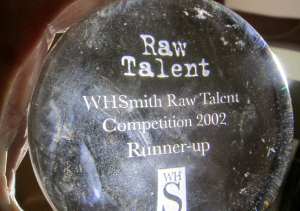 I went on to complete a full draft and started a second novel, Freedom’s Pilgrim, about a 14 year old boy marooned in Mexico who found his way home after 17 years, during which he was tried and sentenced by the Spanish Inquisition.Then fortune (or Fate) intervened again.  I was diagnosed with advanced bowel cancer.

I did not die.  Instead I moved to Cheltenham where the oncology team saved my life and I went on to complete my two novels (including fact-finding missions to Mexico and Lapland) – at least in draft – and to write stories and poems for Cheltenham Writers’ Circle, two of which I read at Cheltenham Literary Festival.  I have also become one of the UK review editors for Historical Novels Review and thereby an even more avid reader of HF. 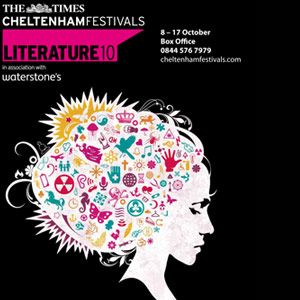 In July 2014 I published Freedom’s Pligrim on Amazon Kindle.  In the meantime The Frozen Dream won another prize, coming second in the Mail on Sunday novel competition.  Then in 2015 it won the Silverwood-Kobo Open Day competition, for which the prize  was publication in both print and ebook form.  The book went on sale for the first time at the Bristol Festival of Literature in October 2015 and had its launch party in Cheltenham the  following month.

For the record I am married and have 3 children and 7 grandchildren, one of whom is helping me with this blog.  However, this is my blog and their lives are their own.

PS  Despite my last paragraph my grandchildren insist in editing my blog.  Alex has kindly sent me a map showing all the countries I have visited, not counting day trips and flying visits, to add to this piece.  Thank you, Alex, I will try to keep it up to date. 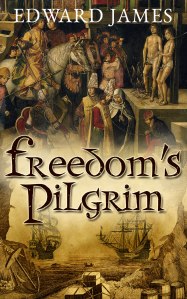 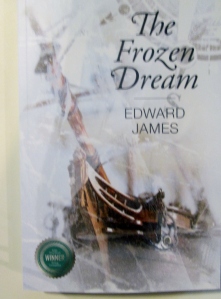 You can find more about my two historical novels (and any more I may write) under their titles on pages in this blog.  If you would like print copies of  The Frozen Dream please contact me on busywords_ed@yahoo.com (£9.99, post and packing free).

4 comments on “About Myself”